Brazzale launches a Baby Bonus for all its employees 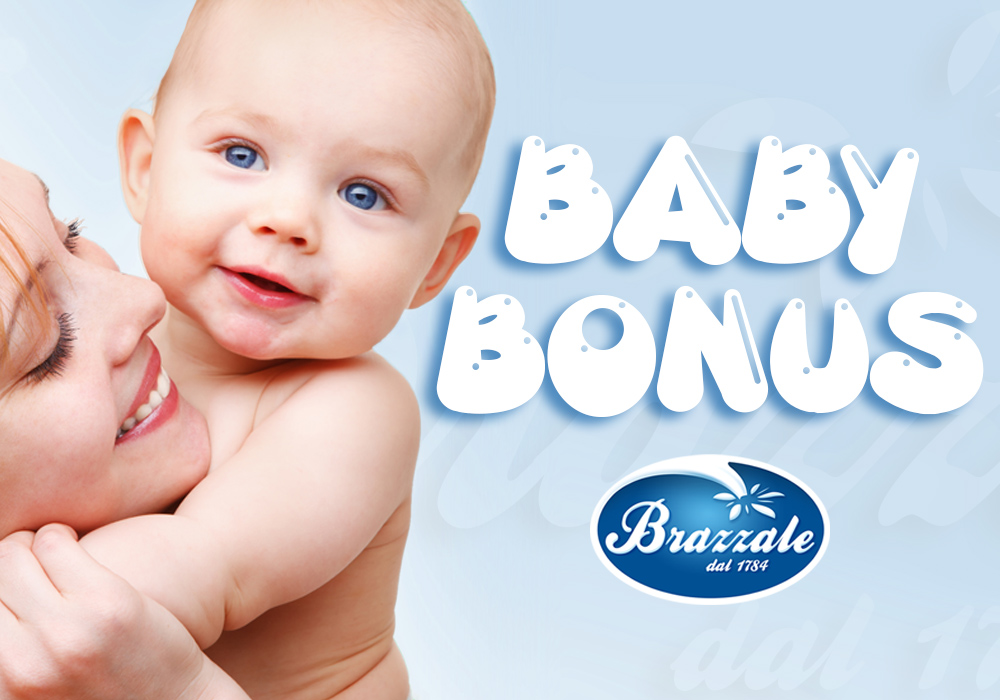 This is the latest initiative of Brazzale Group and for each baby born it provides for a reward of one monthly salary to the 550+ employees:

a concrete support for new parents.

Zanè (VI) – A Baby Bonus for each baby born will be given to each of the 550+ employees of Brazzale Group, in Italy and in Czech Republic, that will become mother or father. The bonus equals to a monthly salary. This is the last initiative of the Group from Zanè dedicated to all the collaborators, men or women, that will start from march 2017.

“We have been thinking about this initiative since a long time. Finally we put it in place and we hope that it will be useful for our employees’ happiness”, comments the president of the Group, Roberto Brazzale.

The special bonus will be equal to the average monthly salary both in Italy (1.500 EUR) and in Czech Republic (25.000 CZK). Moreover, the Baby Bonus will be given for each baby born during the working relationship with Brazzale Group.

“With this initiative – explains Roberto Brazzale – we wish to not only help the economic effort of the new parents but, above all, to make them feel that the company is happy when they manage to realize their life plans, which have to remain in the foreground. The message we wish to convey to our collaborators is that the company welcomes with much enthusiasm new births and that will make its best to grant a serene parental leave”.

This contribution from the Brazzale Group comes in a difficult moment for new parents: in Italy the birth rate dropped by 6% during 2016 and it is one of the lowest in all Europe. The economic crisis, the overall instability and the high unemployment rate are the principal reasons. In Italy Brazzale’s  Baby Bonus adds up to the Government’s bonus, introduced by Renzi’s administration, that will be disbursed in one tranche to all women that will terminate the 7th month of pregnancy or that will adopt a minor, regardless of the income earned.

“The State intervention is not enough because the support to new births has to come from a coral effort, in which companies have to play their part in a concrete manner, complying with their “social responsibility”. We think we can offer a concrete support, real and useful, by accompanying our employees through the marvelous adventure of motherhood and fatherhood””.

Baby Bonus: some simple conditions
No bureaucratic procedures , no applications to present or documentation about the family income. The conditions to obtain the Baby Bonus are very simple: at least two years of work in the company, before or after the birth of the baby, for the parent who works in one of the facilities of the  Group, in Italy or in Czech Republic or in the retail chain of stores La Formaggeria Gran Moravia. For each of the subsequent babies, the employee will be entitled to a new Baby Bonus with the maturation of at least one additional year of work inside Brazzale Group. The Bonus will be awarded also in case of adoption.

The numbers of the Baby Bonus, in Italy and Czech Republic
Each one of the 238 Italian and of the 315 Czech permanent employees can benefit of this Baby Bonus. In the Italian facility the workers aged between 16 and 50 are 180, while in the Czech Republic facility and chain of stores the workers aged less than 45 years are 250. Moreover in Czech Republic Brazzale’s Baby Bonus goes in addition to a legislation that is very attentive to the needs of the parents and the babies: the parental leave can last 3 years, with the right to maintain the working place and to receive an indemnity, and can it be extended  in case of the birth of another baby. Even after the recognition gained a few weeks ago, the Mastercard Obchodni roka, which is the most important prize assigned to the best retail chain of the year and which was won by La Formaggeria Gran Moravia for 2016, the Baby Bonus has been welcomed by the employees of Brazzale Group as another recognition of their work and efforts.

Brazzale: grana padano, the war against the PDOs
8 July 2014
Press Area
Go to Top
Cookie consent
To provide the best experiences, we use technologies like cookies to store and/or access device information. Consenting to these technologies will allow us to process data such as browsing behavior or unique IDs on this site. Not consenting or withdrawing consent, may adversely affect certain features and functions.
Manage options Manage services Manage vendors Read more about these purposes
View preferences
{title} {title} {title}